I'm working on a coffee table runner I started mmm... let's just say a long time ago. It was after doing my first Hardanger course with my friend Priscilla. Every now and again I take this piece out and do a little more. The title of today's post should give you a clue as to what I am now doing. 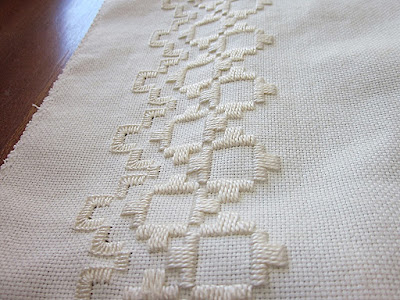 I've completed all the Kloster blocks and the buttonhole edge. Doing the cutwork part, which I saved for last because it looked like the most interesting part to stitch, has been rather more tedious than I thought it would be and the runner has spent many years in the cupboard. It's time to make some progress on it. 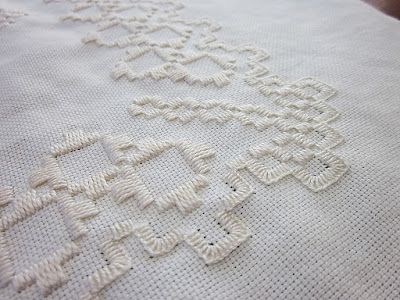 For cutting the threads I originally used my then best pair of embroidery scissors, a pair of orange Wilkinson Swords. On a subsequent Hardanger course with Hardanger expert Lynne, I learnt that scissors with a finer point and thinner blades made the cutting of fabric threads much easier. That was a long time ago. 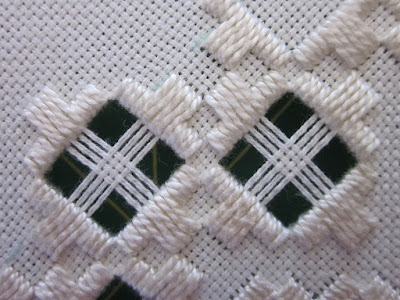 Yesterday I started using my little orange scissors and I found I was having some difficulty accurately inserting the points in between the fabric threads. And the cuts were not as crisp and free from fluffy bits as I wanted them to be. This morning I remembered that I keep a small pair of scissors tucked away especially for doing cutwork. And what a difference they make! 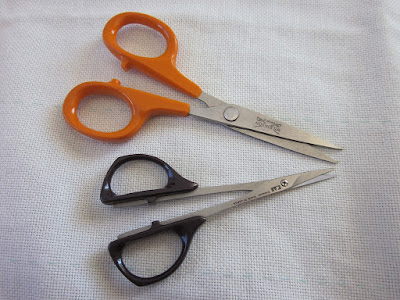 The blades of the small brown pair are much narrower and thinner, and the points are much finer too. All I know about the little pair of scissors is that they were made in Japan. And, they work very well for cutting the threads for the openwork on my Hardanger. 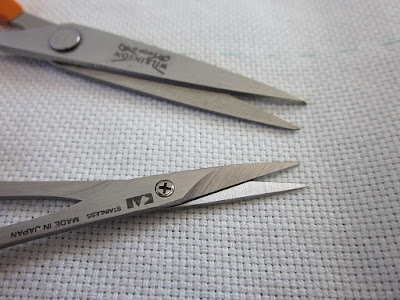 So, on with cut four, and leave four. 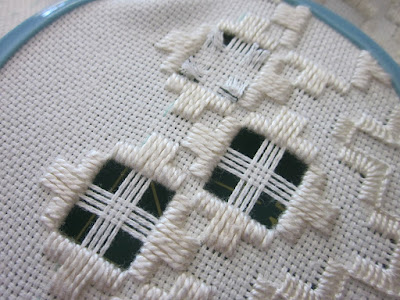 I hope you are safe and keeping well.

'Till next time, happy stitching.